The title “Maknae” is pretty prestigious. Okay, not really. But it sure is important. Companies place a lot of importance in a group’s maknae because more often than not, the Maknae takes center stage after everyone stops staring at the face of the group (unless of course, the maknae is the face of the group lol). Oftentimes, Maknaes are the talented ones and the ones who fangirls fangirl and fanboys fanboy. In dorms, Maknaes are the ones the older members tend to boss around, but that’s only said for some and not all (some groups tend to fall prey under their maknae’s evil charms as well *ehemkyuhyunehem*)

Changmin started the whole Evil Maknae trend. He’s one of the tallest in the industry. He is the lead singer. He has too much aegyo for his own good. He has starred in various shows and does volunteer work during breaks. He is also a self-confessed cry baby. The point is, Changmin is THE maknae. TVXQ’s maknae cannot be overlooked either way. 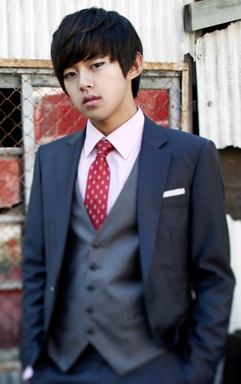 Dongho was the one who shot U-Kiss to fame. He represented U-Kiss when they were rookies and were receiving much criticism. He stared in Idol Maknae Rebellion, a play, a movie and also a sitcom where he shows his acting prowess at his best. Though quite silent, he loves to act cute around his hyungs and is the known as the group’s baby. Even up to now, fans still treat him as their baby because they can’t believe baby Dongho is growing up so fast. He is also famous for cursing in english on his sitcom. 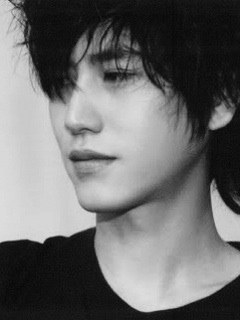 Kyuhyun is multi-talented. He’s one of the lead singers, the latest addition to SJ’s lead dancers, he belongs to K.R.Y and SJ- M (SJ subgroups) and also he’s a singer in SM the Ballad along with SM Entertainment’s best vocalists. Not only that, Cho Kyuhyun is probably the only maknae out there who can be rude to his hyungs off and on cam and get away with it.

People remember Taemin as that shy, cute 14 year old who sang “Noona you’re so pretty” into thousands of fangirl’s hearts. Today, he is seen as that hot 18 year old dance machine who can melt you with one sexy killer smile. He gets what he wants through one undisputed weapon of choice: aegyo. And though that is the case, he does not like it at all. He is a dance machine and he has beaten out some of the best in the KPOP industry. No doubt about it, Taemin is on a roll.

SNSD’s maknae has got it all from looks to smarts, class and attitude, she’s the perfect poster girl of the idol world. Though some may say she may seem robotic, Seohyun is simply just pure and intelligent. She analyzes things and pays attention to detail far more than any other person would. Always at the top of her class, Seohyun makes it a point to study and excercise her mind throigh books even when she’s got one of the busiest schedules in KPOP. Notably, Seohyun is also one of the lead singers of the group, and she can play piano, flute and guitar.

20 thoughts on “The Top 5 Maknae of KPOP Idol Groups”